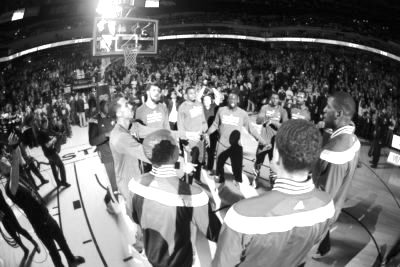 The Fallacy of the all “A” Player Team

(San Francisco) – NBA Playoff Basketball. It’s that time of year and the Golden State Warriors, darlings of the Bay Area, are favored to repeat as world champions. It’s no surprise that, regardless of who you talk to, the die-hard basketball aficionado the or the casual fan who likes to follow a winner, the talk usually starts and focuses on the superstars; Steph Curry, Draymond Green and Klay Thompson. They are the “A” players and rightfully deserving of the spotlight. But any good coach – or even the stars themselves – will be quick to point out that basketball is a team game, and without the role players, i.e. second team, “B” team players, (call them what you want), there is no way they could ever compete for a championship.

History can point to countless examples where an attempt to assemble a team entirely of superstars failed. It may look good on paper, but rarely in practice. Why is that? As is always the case, people are complicated. Groups of people more so. But the primary answer is that teams of people, whether a basketball team or company, need leaders and followers, superstars and roll players. An all “A” team assembly more often than not leads to conflict, ego-clash and a constant fight for dominance. There are so many adages that apply to this concept: “There is only one ball to shoot.” “You can’t have too many chiefs and not enough Indians.”, and so on.

This applies to sports and to business. As an IT Staffing and Services firm, we hear the same proclamation every day, “I only want to hire ‘A’ talent.” This narrow hiring requirement results in a lack of team diversity in technical, cultural and performance background. Is it really productive, let alone even realistic, for every company to have only “A” players? Of course not! There isn’t enough “A” talent available and the best of the bunch typically want to only work for those companies with the most caché, upside, comp and benefits.   This is especially true in the Bay Area where the competition for top talent is fierce!

Like or don’t like? Thumbs up or down? “A” player or not? We’ve been conditioned to become a binary decision making culture. The middle ground, and the talent that lives there, seems to no longer be viable and that’s a problem. I’ve read plenty of articles that proclaim a “B” player “Does some things well, but not fully self-sufficient, and not consistently strong while an ‘A’ player is Fully self-sufficient and takes initiative that positively impacts the company.” I would challenge that this “B” player definition needs revision. While a “B” worker may not have dramatic impact on the company, they absolutely are capable of significant contribution as well as potential to evolve into “A” player talent. The work force is replete with bright, hungry, motivated individuals who may not necessarily have come from best pedigree; socio-economic situation, best college or best, previous work environment. But when placed in the right job environment with strong and supportive management, career development and interaction with top “A” talent, “B” players will rise to the occasion. And as their career development happens, they will absolutely contribute in a meaningful, dramatic way.

Imagine as a manager you only have the option to assign “A” players to a project or deal. Who gets assigned to what without alienating the rest of the team? For example: the VP of engineering has deemed that “Project X” is the most important in the entire company and she only wants “A” players to work on said project. What if her entire team is comprised of “A” players? Someone gets left out, right? Certainly, there are important, maybe not as important, but important projects that will benefit the company, but if everyone believes they are an “A” guy or gal and then they arent’ assigned to “Project X”, what results? Hello resentment, infighting and – worst of all – attrition!

Let me be clear. I understand why hiring managers strive for an all “A” player team. Why wouldn’t you always want “the best”? As the CEO of Ursus, I want the best talent for my company, too. But, I also realize there are many different roles and skill sets required to build a team that works well as a unit. We try to impress the same message upon our clients. Aim high (Steph Curry, Draymond Green) but also recognize that the role player, the “B” player, the “not necessarily the top producer but rock solid contributor that pulls significant cycles that yield meaningful results” (Shaun Livingston, Festus Ezeli) are critical to the overall success of your team and your company.