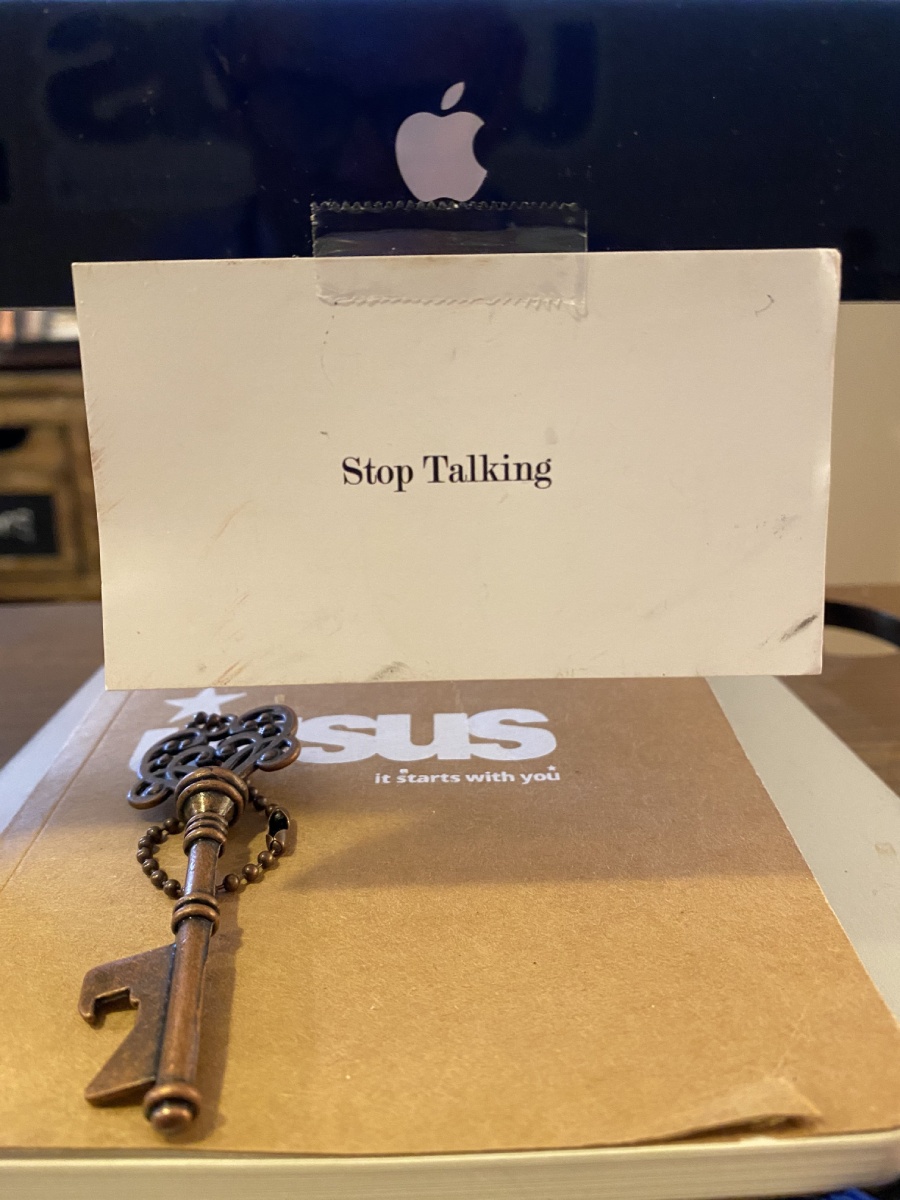 Our team is in the middle of an exercise that we are calling “90 Days of Excellence”. In lieu of work travel and events, we are taking advantage of the “downtime” to sharpen our proverbial saws.   At our last quarterly meeting, each team member shared two personal development goals that they were going to focus on, track, and report back progress to the group the specific actions taken to not necessarily achieve the two goals but to be aware of steps taken towards improvement.

One of my two goals, was to STOP TALKING and listen more, especially when my team was presenting, solving and working problems.  Like many founders, CEO’s and managers, I have developed some annoying habits including but not limited to;

I know my intentions come from a good place.  This company is my baby.  I love it and the people who run it, built it and will take us where we all aspire to go.  In the last 45 days, by simply not talking and instead listening, I’ve been able to remind myself that we are a company comprised of really smart, experienced and passionate professionals.  Sometimes the best thing to do is get out of the way and let the team do their jobs!  The byproduct of my efforts has allowed me to delegate more to the team which leaves me more time to focus on the “bigger picture stuff” and to look ahead to what’s next versus the day to day that the team was hired to do.

When I do chime in now, my hope is my words are more impactful unlike in the past where I now realize I was competing with my own signal to noise ratio.  If I was growing tired of listening to myself, I can only imagine how my team must have felt.  As with anything else, the law of supply and demand holds true: If you constantly share your opinions, no one will seek them out. If you only say what you’re thinking on occasion, or only make a point one time instead of over and over, your words are likely to have more weight.

I have to admit it has not always been easy to shut up and, like any skill (and it is without question a skill), it has taken practice, patience, and discipline.  I want to jump in because I care but I now have my “Stop Talking” business card taped front and center on my monitor, and I invoke Stephen Covey’s adage to “Seek first to understand then to be understood.” several times a day. Sometimes, silence really IS golden…

No comments to show.